As trumpet soloist for the U.S. Army Band, “Pershing’s Own” in Washington, D.C., Sergeant Major Woody English is often spotlighted when the unit performs public concerts and for official military functions. English is the Army Band’s solo bugler for ceremonies in Arlington National Cemetery.  He is also a member of the U.S. Army Brass Quintet, a versatile group, well known throughout the country and around the world. The quintet, of which English has been a part of over two decades, has performed in 46 states and seven foreign countries.

Sergeant Major English also has served as principal trumpet with the Alexandria Symphony and solo cornetist with the popular Brass Band of Battle Creek since 1996. He is a sought-after soloist in the Washington area and has performed with the National Symphony Orchestra, Washington Opera as well as countless other chamber ensembles.

A native of Coldwater, Michigan, English attended high school at the Interlochen Arts Academy before graduating from Eastern Michigan University. 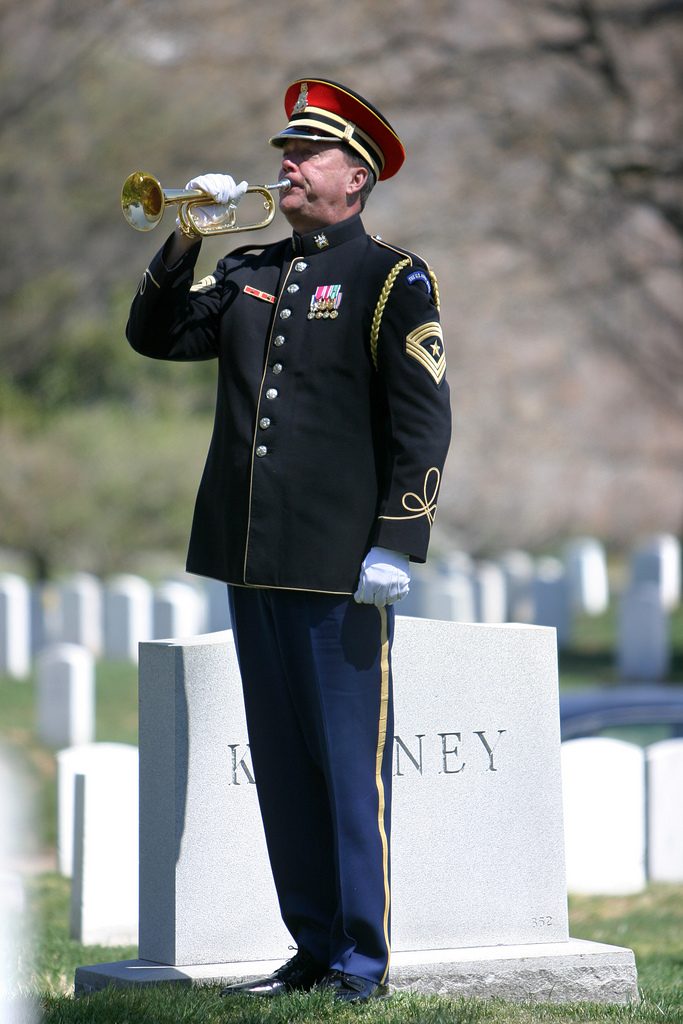 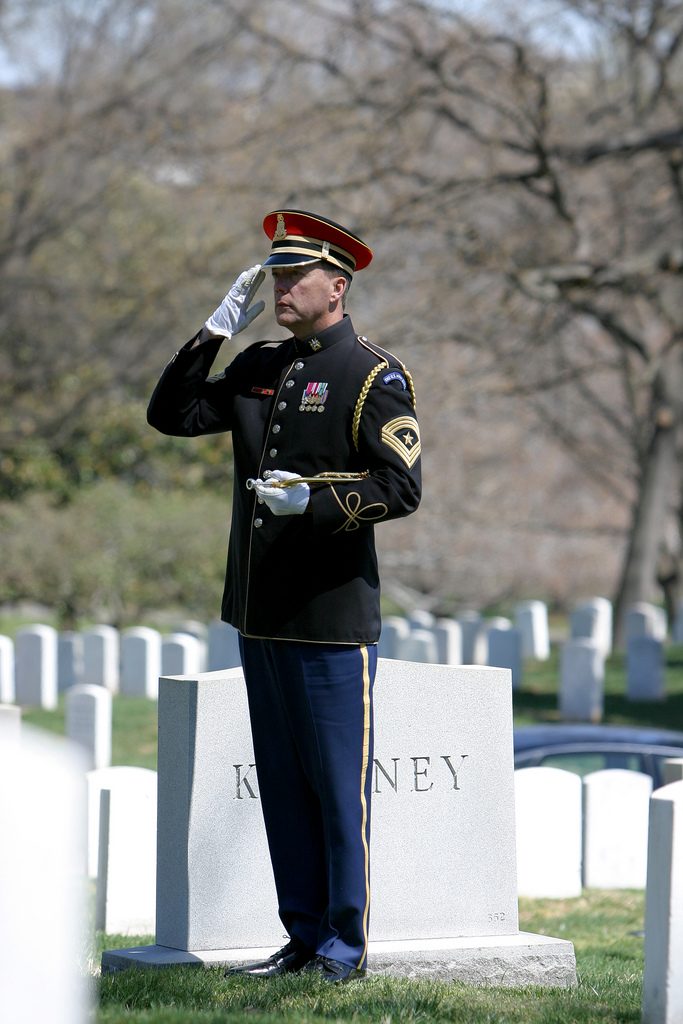 Woody English with Dr. Jim Buckner and Dr. Wes Branstine after his appearance with the Henderson Brass Band