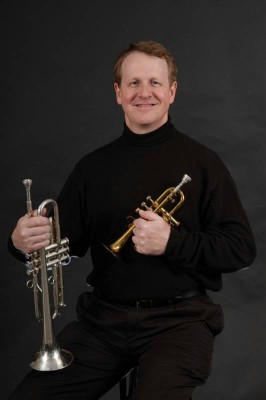 Keith Wood was born at an early age in Mena, Arkansas, beautifully nestled in the Ouachita Mountains (Mena, not Keith).  He began playing trumpet in 1973 and thanks his dad for keeping the old 1938 Conn cornet and the ‘Doc’ Severinsen albums all those years.
Midway through his rather extended college career, Keith toured Canada, the northern US, Scandinavia and Western Europe with the international group Up With People.  Upon returning to “civilian life”, he transferred to the University of North Texas, and while attending school there, became a music copyist in the Dallas area.  Back in the late 1980’s, his pen could be, uhm, ‘heard’ on such name accounts as Snickers, Radio Shack, Toyota and Gordon’s Jewelry, as well as doing copy work for arrangers and composers throughout the Dallas-Ft. Worth area.  He doesn’t remember ever being bored.
Keith received a degree in Trumpet Performance from North Texas in 1989, and while in graduate school near Nashville, received a call to play with Anita Bryant in Eureka Springs, Arkansas.  Following four years with Anita as lead trumpet and arranger, he played with several shows in Branson, Missouri including Debra Moreno’s “Blondes! Blondes! Blondes!”, The “At The Hop” Show and “The Shoji Tabuchi Show”.

In 1997, Keith left the Branson scene and his schedule hasn’t slowed a bit since then.  He has performed with lots of neat folks and enjoys it when his date book is filled. Besides Naturally Brass, he now keeps quite busy performing with the Jack Terry Big Band, Full House, the Jack Mitchell Big Band, Combo and Praise Band, and the Celebration Orchestra from the First Baptist Church of Springdale.  Keith along with his compadres, Ken Lake (trumpet) and Ernest Whitmore (organ) make up the LakeWood Trio.  All three of these fine gentlemen are in demand as baroque soloists and clinicians.Keith has studied trumpet with Don Kramer, Conrad Bauschka, Don Jacoby, Keith Johnson, Roger W. Spaulding, Bobby Shew and Clint McLaughlin.  He enjoys all kinds of wildlife (some of which can be found in his house), green vegetables, blue-eyed brunettes, collecting interesting trumpets, coins and old-fashion albums, martial arts, mystery novels and learning things he missed or that weren’t taught in ten years of college. 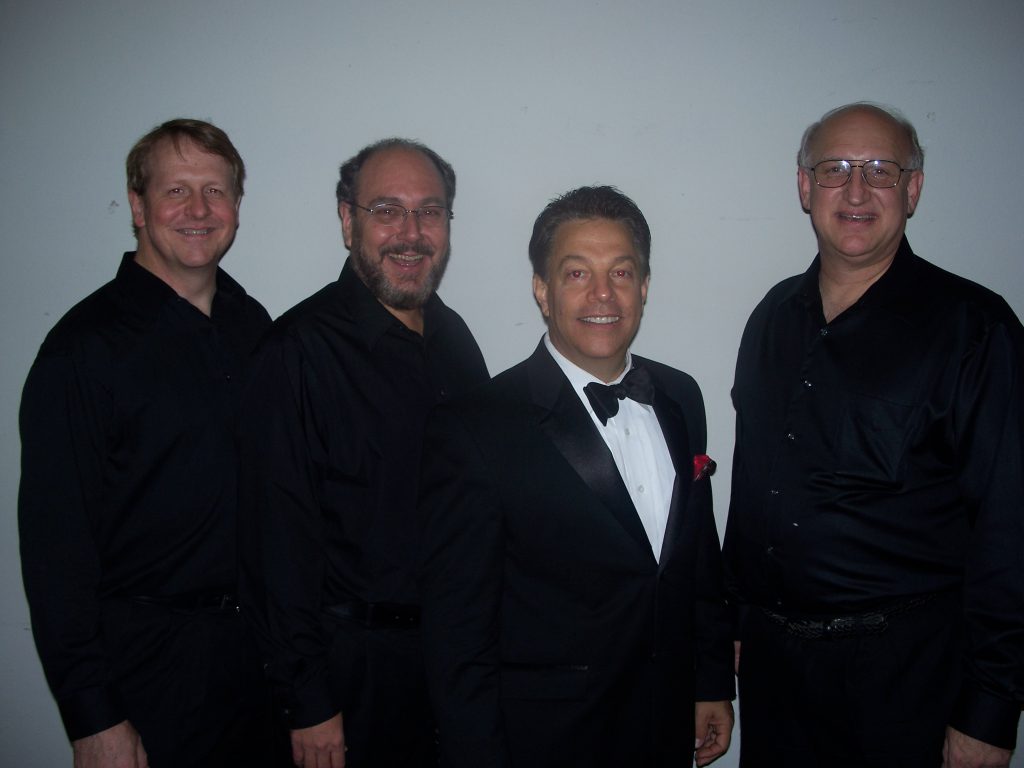