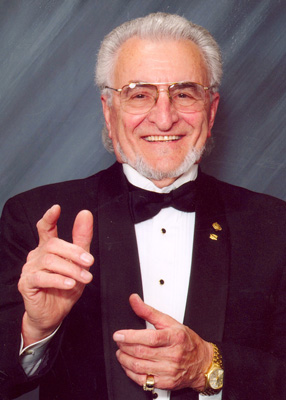 “…a unique, unforgettable person.  Mr. Kelley was one of the most tenacious workers I’ve known.”  Bill Clark

Orville Kelley, director of bands and trumpet professor at Henderson State University from 1955-1958, passed away on June 2, 2012.  Among his students was Dr. Bill Clark, professor emeritus at the University of New Mexico.

Mr. Kelley enrolled at Henderson State Teachers College in 1947 and graduated in 1953.  He returned in 1955 as Director of Bands, teachiing band and applied music until 1958.  He career continued in Nederland, TX; Texas City, TX; Grand Prairie, TX; Commerce, TX; and in Spring, TX before moving to Lake Charles. In his spare time, he loved teaching music which was his passion in life. He loved serving the people of Southwest Louisiana the only way he knew how, through music.