The Kremlin and Red Square 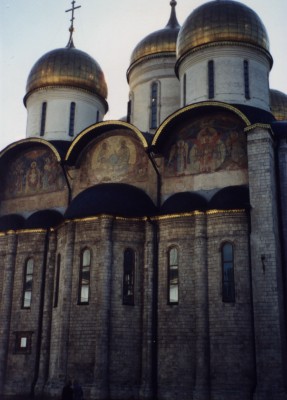 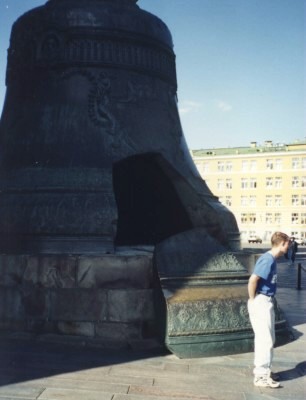 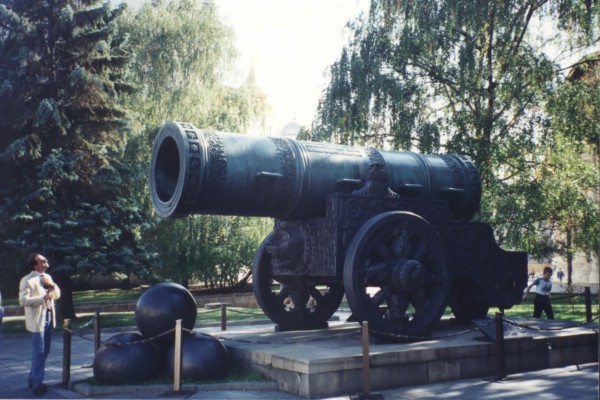 Canon inside the Kremlin 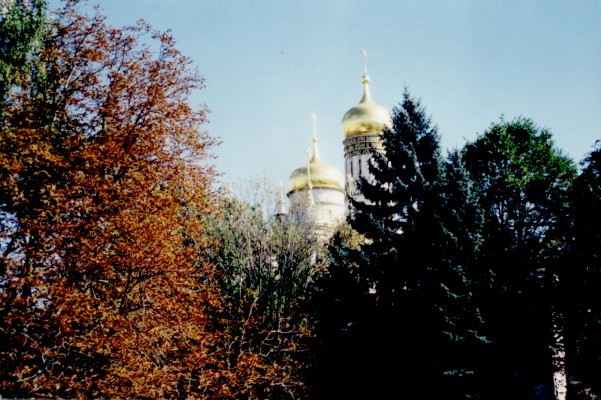 Another church inside the Kremlin

The Kremlin wall from Red Square 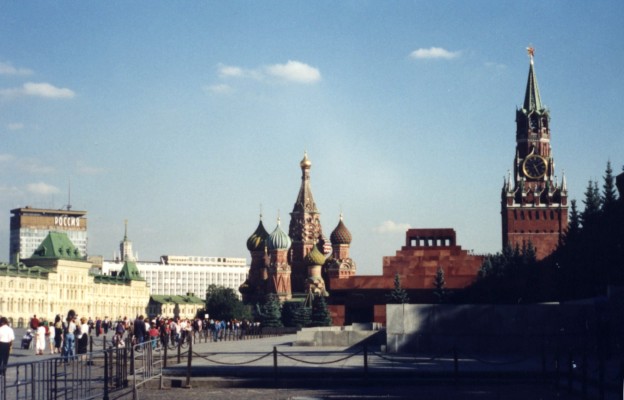 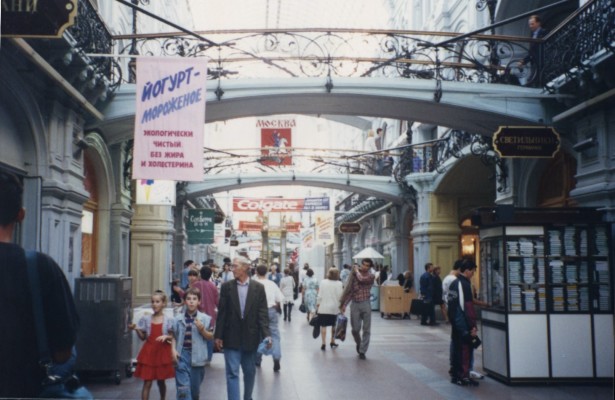 Inside the GUM store 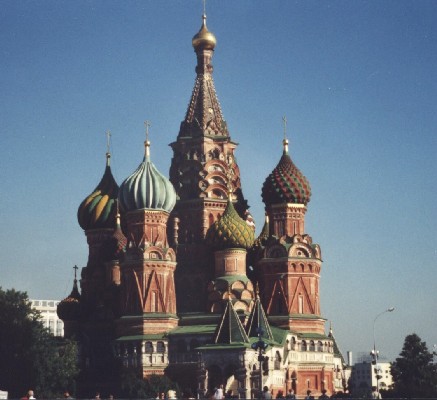 St. Basil’s Cathedral — it looks large on the outside, but it is quite small on the inside
due to the many support walls 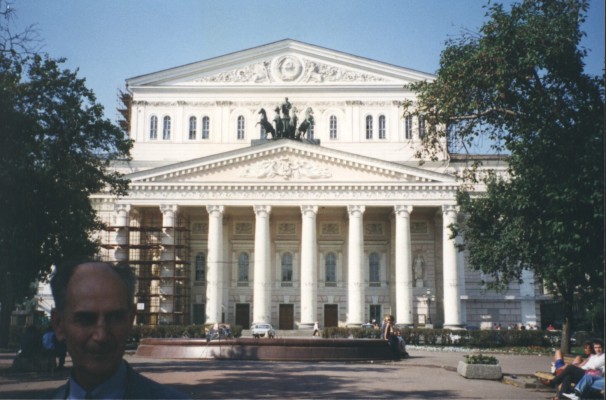 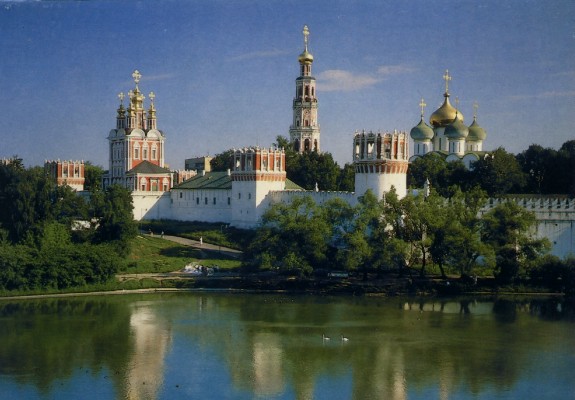 Novodevichy Convent — Shostakovitch, Scriabin, and other musicians are buried here 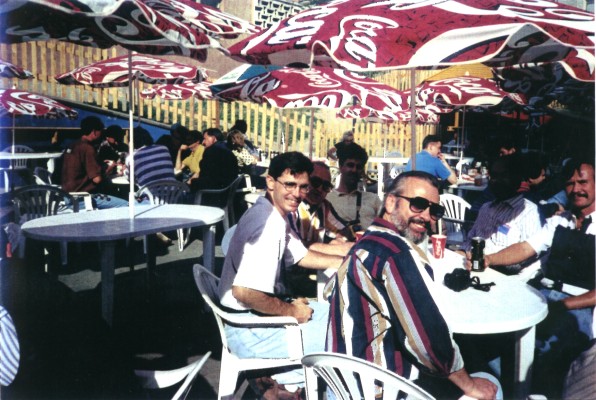 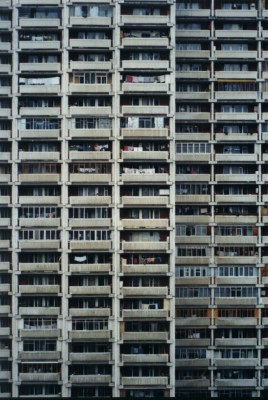 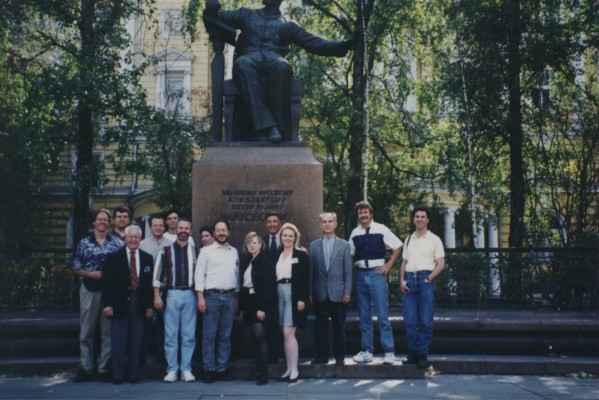 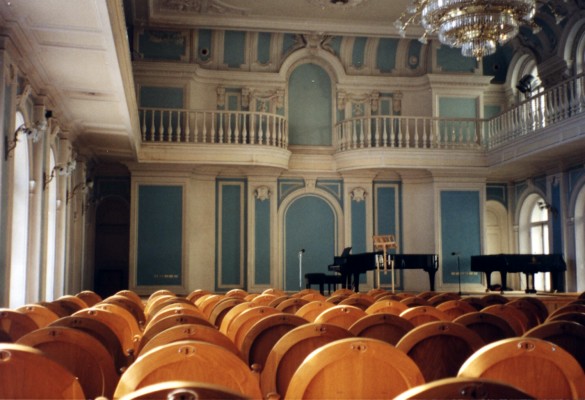 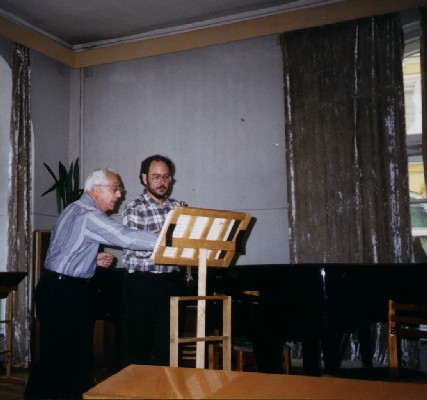 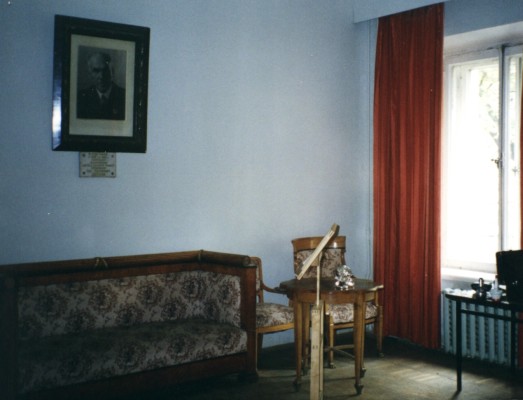 David Oistrach’s Studio — Oistrach was a world-famous violinist
there is no desk — music was taught, without all the paperwork of modern teaching 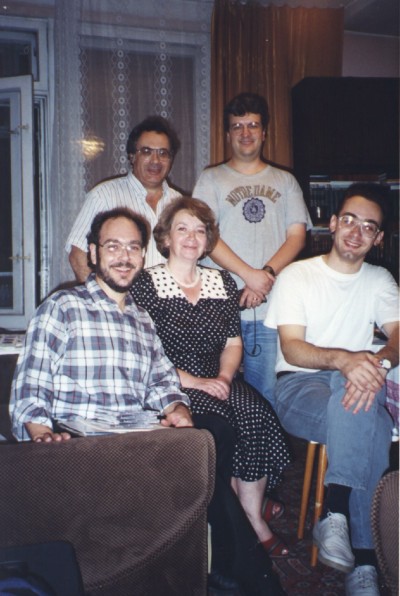 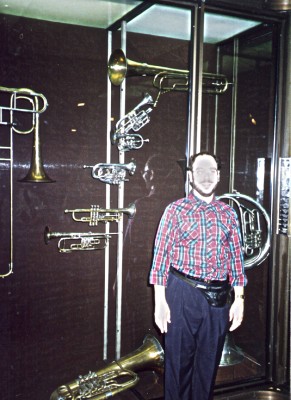 Dr. Jim Buckner in front of brass instruments in the Glinka Instrument Museum 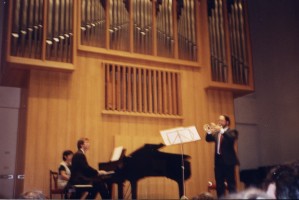 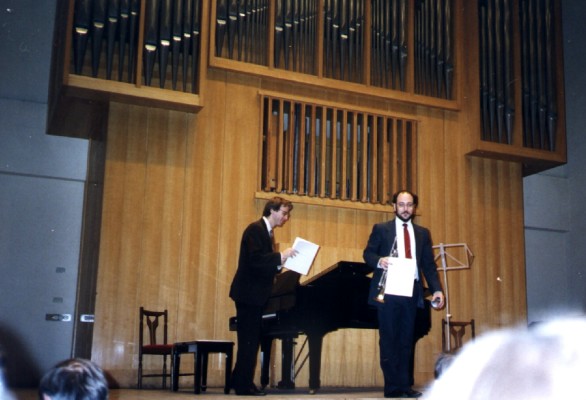