Clifford P. Lillya, Professor Emeritus of Music, was Professor of Trumpet and Cornet at the University of Michigan School of Music for 32 years, retiring in 1979.

In 1974, he was named the Earl V. Moore Professor of Music, recognizing his exceptional professional excellence as a teacher and academician and, in the words of Dean Emeritus Allen P. Britton, “not only on account of his highly professional competence, but for the kindness, courtesy and humanity that are the hallmarks of his character.”

Lillya was born January 20, 1910, in Joliet, Ill. He began his trumpet studies in the public schools of Joliet, but by his sophomore year in high school was studying with H.A. VanderCook at the VanderCook College of Music in Chicago. Regarded as a trumpet player of exceptional promise, Lillya won first place in the State Solo Contest for all instruments in 1925, and a year later was again awarded first place in a similar state cornet contest. A year after graduating from high school, Lillya auditioned for Edward Llewellyn and was offered a membership in the Chicago Civic Orchestra, an offer he declined in favor of attending VanderCook College of Music. He received his bachelor of music degree from that institution in 1931, and a master of music degree from Northwestern University, where he studied with Veran Florent, in 1944.

After teaching instrumental music at Chicago’s Van Steuben Junior High School, and at Englewood and Marshall High Schools in Chicago, Lillya came to Michigan and joined the School of Music faculty in 1947.

Considered one of the very finest teachers of cornet and trumpet in the world, Lillya’s students enjoyed formidable success in prominent performing and teaching positions across the United States. Four of Lillya’s students were recipients of the Stanley Medal, the highest honor an undergraduate student at the School of Music can receive.

Well known as an adjudicator and as a conductor of music clinics, Lillya also was the author of articles, musical arrangements and instructional texts, including the celebrated Lillya Cornet Method. In 1971, he was named chair of the Department of Wind and Percussion Instruments, succeeding William D. Revelli.

Personal Observations:  I was very excited to go to the University of Michigan to study with Clifford Lillya, my teacher’s (Joe Christensen’s) teacher.  Mr. Lillya was able to make changes in a student’s playing in such a way that often the student was unaware of the process.  The playing simply got better.  One of Mr. Lillya’s great joys was keeping track of his students and their successes — no small job.  He had students playing and teaching over the entire United States.  (Looking back, I am certain that is why this web page exits.)  I studied trumpet with him for two semesters. 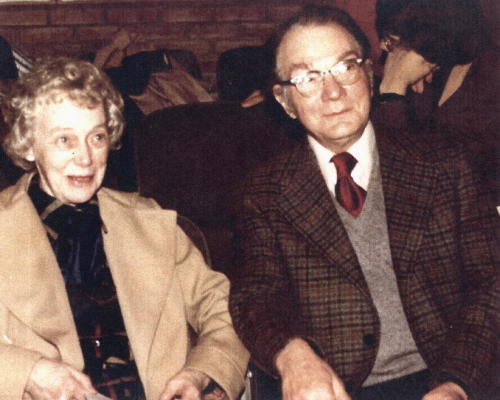