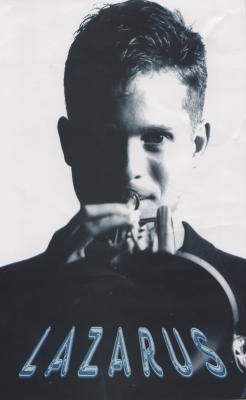 Trumpeter Charles Lazarus (Charles’ website)is a member of the Canadian Brass. As the group’s newest trumpet appointment, Charles joins the ensemble after five years as a member of the Minnesota Orchestra. A native of North Carolina, Lazarus made his Carnegie Hall solo debut with the New York String Orchestra at the age of 19 while still completing his full scholarship studies at The Juilliard School in New York. A year later he joined the Dallas Brass and toured nationally and internationally for nine years performing in major venues such as the Kennedy Center, Carnegie Hall and with dozens of American orchestras including those of Detroit, Dallas, Florida, Oregon and Milwaukee, as well as the Cincinnati and New York Pops.

He has been a featured soloist with the Minnesota Orchestra, North Carolina Symphony, Bach Chamber Players, and Canadian chamber orchestras such as Les Violons du Roy, Les Jeune Virtuoses de Montreal and the McGill Chamber Orchestra.

Lazarus has performed with the Bolshoi Ballet, New York Trumpet Ensemble, The New York Big Brass, The London Brass, Montreal Symphony and with back up bands for Barry White and Joe Williams. He has appeared at the Montreal and Ottawa International Jazz festivals and has two jazz videos of his own compositions that air nationally on Canadian Television. He has recorded with the Montreal Symphony, Minnesota Orchestra, the Societe de Musique Contemporaine de Montreal, Ensemble Contemporaine de Montreal, and Dallas Brass, as well as with numerous Canadian pop artists and for IMAX film scores.