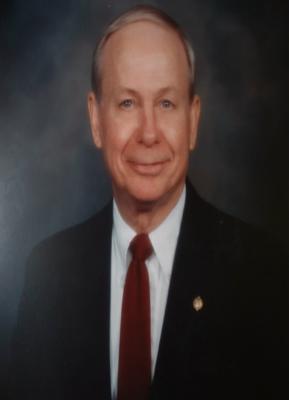 Wendell Evanson is Professor of Music Emeritus at Henderson State University where he was Chair of the Department of Music and Director of Bands for thirty years until his retirement in 1987.  Shortly after his “retirement,” he founded the Little Rock Wind Symphony and was the group’s conductor and musical director for many years.  During this time, he was in great demand as guest conductor, adjudicator, and clinician at regional band clinics.

Mr. Evanson served as guest conductor, clinician, and adjudicator for concert and marching bands through­out the United States and was a clinician for band and orchestra directors in the areas of conducting and rehearsal techniques.  He also served as a consultant to public school administrators regarding personnel, equipment, and curriculum.