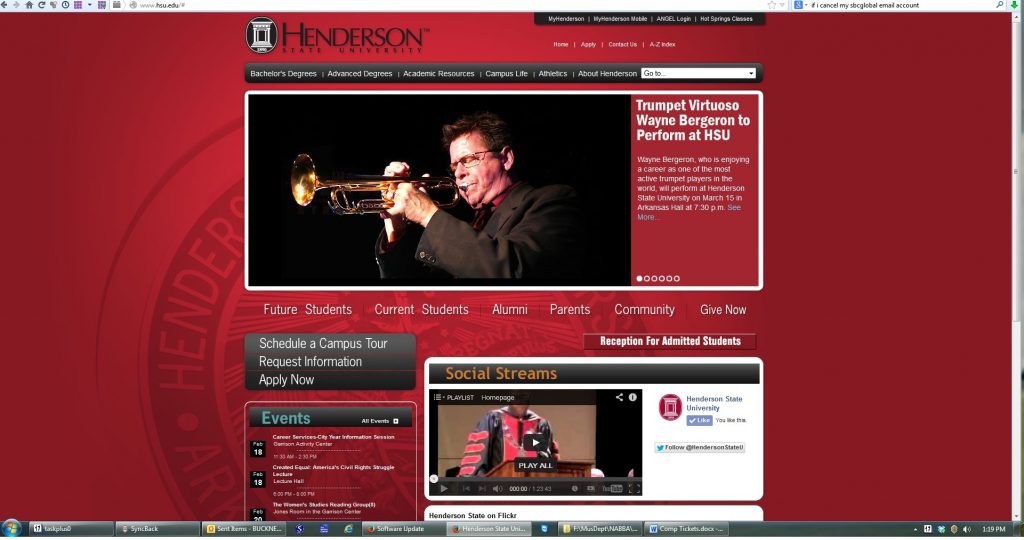 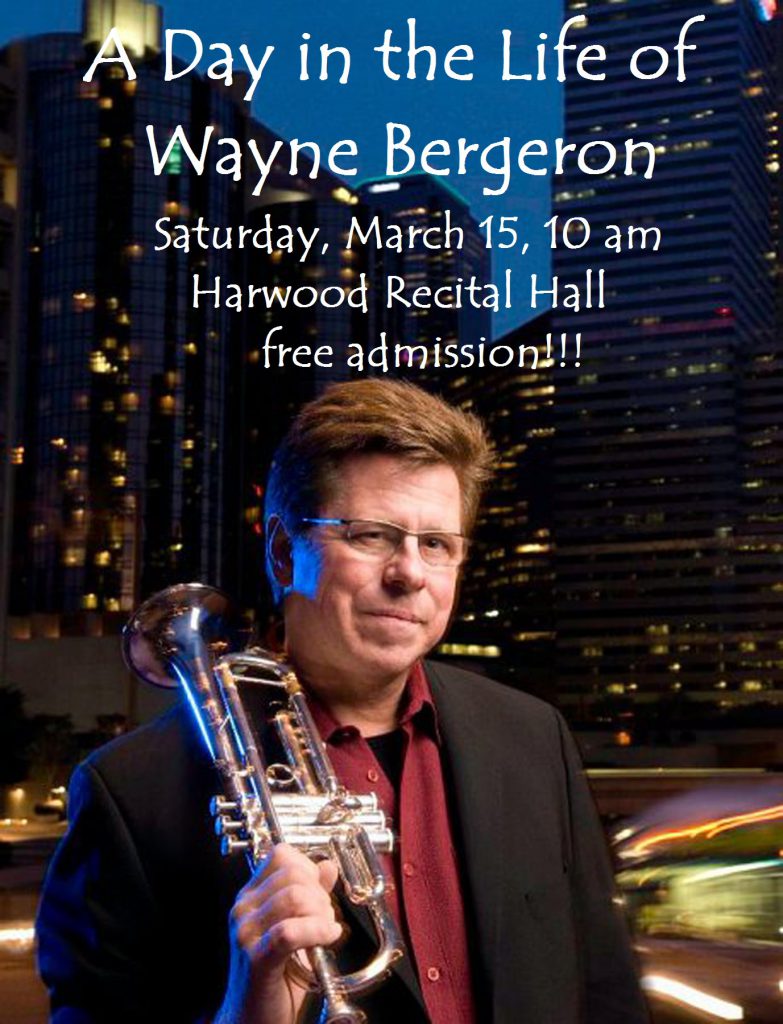 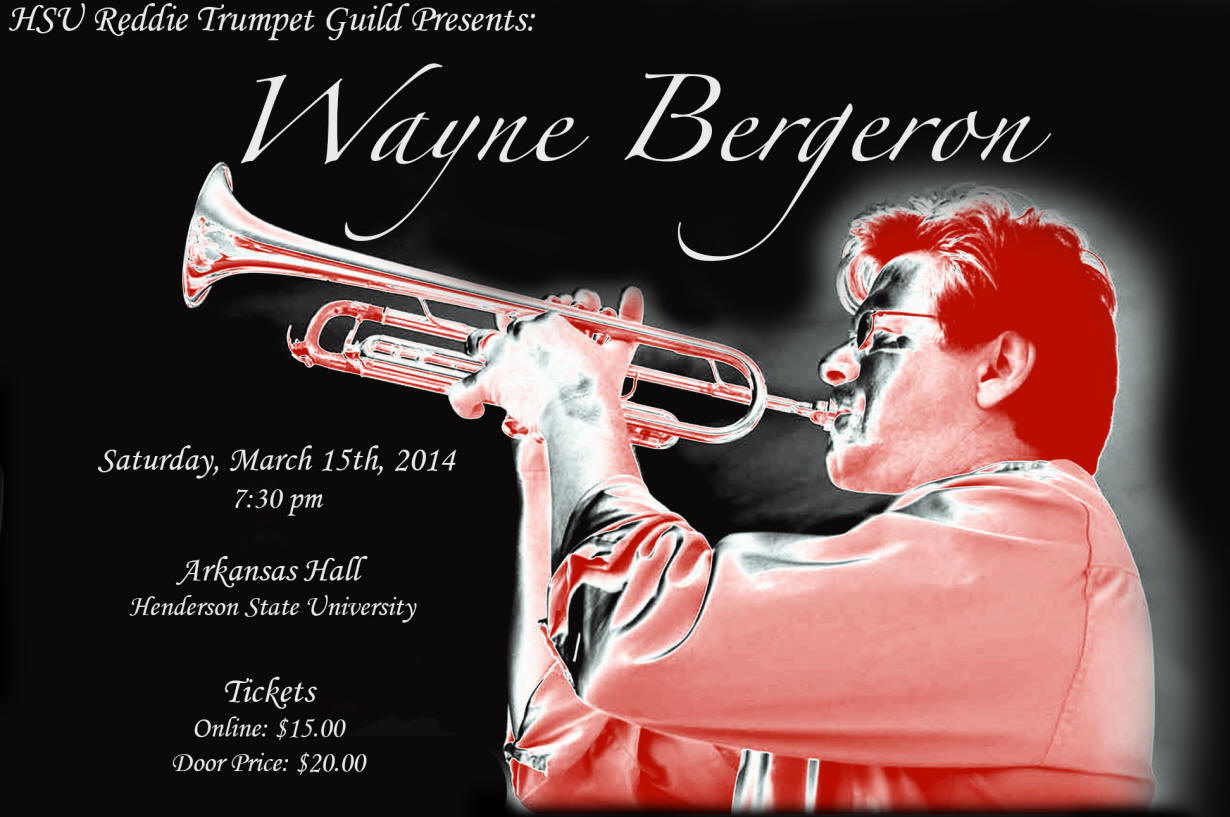 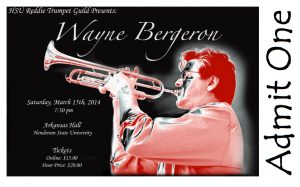 Trumpet legend Wayne Bergeron will be performing at Henderson State on Saturday, March 15, backed up by the Arkansas All-Star Big Band!!

information and to Wayne Bergeron with the Arkansas All-Star Big Band to buy tickets.

I am very proud of the Reddie Trumpet Guild — they have been planning this event for over four years.  To raise funds they have held bake sales, worn a chicken suit outside of Chicken Express, talked to the student government, and held a Trumpet Toss several times.  (Don’t ask — you don’t want to know!)

Wayne’s appearance is sponsored by Yamaha, The Band House, and Henderson State University.