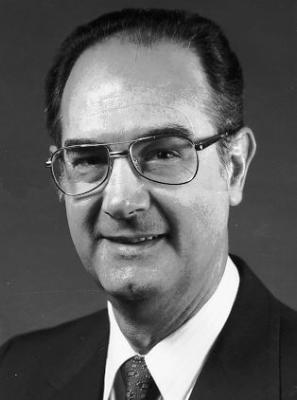 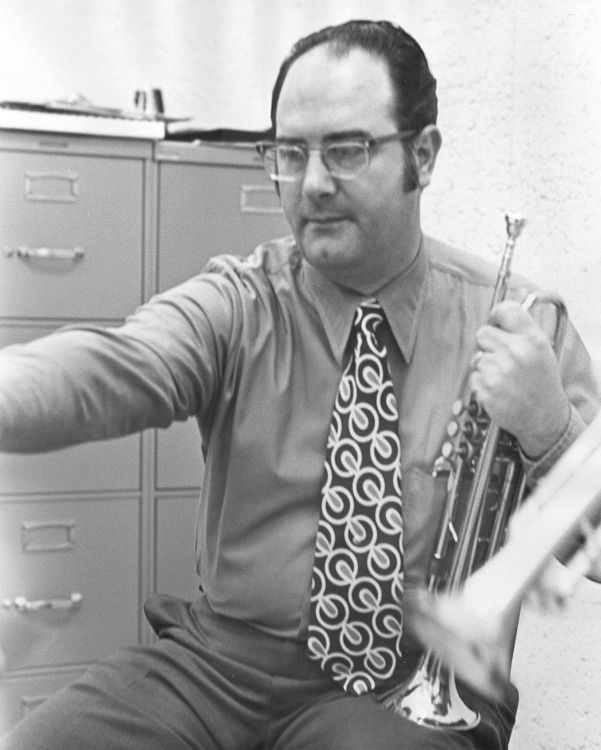 Dr. Arthur G. Swift was Professor of Trumpet and Music Education at Iowa State University.  From 1972 to 1992  he also served as Head of the Music Department.  Swift joined the Iowa State faculty in 1967 as trumpet teacher and Chairman of Music Education.  During his first year at Iowa State he also was Acting Director of Bands.

When asked about his teachers, Swift wrote:  “Yes, I played for Vacchiano a few times (when the NY Phil. was in South Carolina and again when they were in Ames), but never actually took regular lessons from him.  He did invite me to come to NY to study with him when I was trying to make a choice between “going pro” and going back to school to get a doctorate.  I made the right decision and took the more secure route.  I didn’t see his basement with the “barrels” (plural) of mouthpieces — he told me about them.  (I had asked why his personal choice was a Bach 1.  To be certain I didn’t think he might recommend big mouthpieces for everyone, he said the ideal mouthpiece for him was “generally speaking, the smallest MP on which he could produce a big, fat low f#”.  Then he said, “Look at me.  I’ve got a head the size of a horse.  A MP smaller than a Bach 1 would just not do.”)

“Teachers with whom I studied on a regular basis include Leon Rapier (while he was at LSU, before he went to Kentucky), Paul Abel (who followed Leon at LSU), and John Beer (University of Iowa).  I was also fortunate, under the same circumstances as with Vacchiano, to have had some excellent sessions with Gil Johnson (Philly), Frank Kaderabek (Philly), and Armando Ghitalla (Boston), but unfortunately did not study regularly with them.”
Dr. Swift served for several years as chairman of various accreditation evaluation teams for the National Association of Schools of Music, was elected for two terms as a member of the NASM Commission on Accreditation. 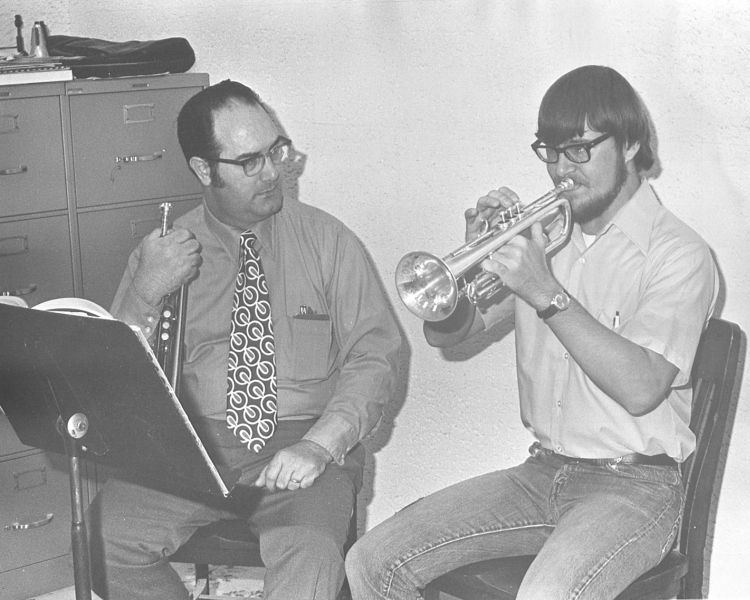 Arthur Swift with student in mid-’70’s

Personal Observations:  I have never known a more generous teacher in my life.  My first lesson with Dr. Swift was in the summer after I finished high school.  I had undergone an embouchure change and had many problems and many questions.    Dr. Swift had also gone through an embouchure change, and he understood my dilemma.

Our first one-hour lesson, on a Monday, took two hours.  The next day I stopped by to ask him a question, and we spent two more hours.  This happened every day that week and all five days the next week.  After twenty hours of lessons in two weeks I finally had my feet on firm ground.  Any success I have enjoyed since then, in my own playing or in helping my students, would not have been possible without Dr. Swift’s kindness and generosity.  It is a debt that I am unable to repay except by giving my students as much as I can, passing the debt on to them