Some of Dr. Jim Buckner’s Other Fine Students

Johnny Cabaniss, Christian trumpet artist, released his second solo CD with his wife, 1995
toured the United States with Truth
student of mine at Western Carolina University

Mike Hedden, toured the United States with Johnny Cabaniss in Truth
student of mine at Western Carolina University

Pat Reynolds, associate professor of music and coordinator of instrumental activities at the University of Dayton
high school student of mine while I was at Iowa State University (ISU); his father, Jimmie Howard Reynolds, was Director of Bands at ISU 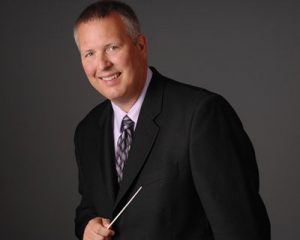 Ken Steinsultz, Director of Bands, the University of Evansville (Indiana)
euphonium student of mine at Quincy College, now Quincy University

A native of Harrisburg, Illinois, he received a Bachelor of Science degree in Music Education from Quincy University, Quincy, Illinois, a Master of Music degree in euphonium performance and a Doctor Music from the University of Illinois at Urbana-Champaign.  Prior appointments were assistant to the Director of Bands at the University of Illinois at Urbana-Champaign, Music Director at Lewistown Community High School, Lewistown, Illinois, and Director of Bands for Brown County Unit Schools in Mt. Sterling, Illinois.

He also serves as principal euphonium for the Evansville Symphonic Band. In March 2009 Steinsultz was featured soloist with the Bend in the River Brass Band. In July 2008 he was the featured euphonium soloist with the Concert Band of Central Illinois. Steinsultz was guest soloist with the University of Illinois Tuba/Euphonium Ensemble at the Army Band (Pershing’s Own) Tuba/Euphonium Conference in January 2007, and in February 2008 he was a feature artist for the Urbana (Illinois) High School sixth annual guest artist concert. In April 2005, he was guest clinician for the Association of Concert Bands national conference and performed as a guest artist on the finale concert.

Mr. Steinsultz is a member of the College Band Directors National Association, the National Band Association, The Society for the Preservation and Encouragement of Barbershop Quartet Singing in America, Inc., and other professional organizations.

“I went to the University of Illinois as a Music Ed. major and stayed in Champaign-Urbana until about 2002. When I graduated in ’81, it seemed like my trumpet playing was coming around – I had managed to get on as lead trumpet of the U of I Jazz Band 1 that summer. So I just hung around there and worked whatever jobs I could and played in the band. I also played in another working Big Band, and eventually also in a funk band, then other rock bands, etc….

I quit playing with the U of I Band after 6 years because I was playing in three other bands. But the leader (John Garvey) got me back to tour the Soviet Union in the summer of ’90.

Well, back then was when I really played a lot. I’ve also been “house trumpeter” for a couple of theaters; I’ve played a lot of shows.

I always consider my years as your student to be some of the best; the ones where I really learned a good foundation and exposure to what I could do.” 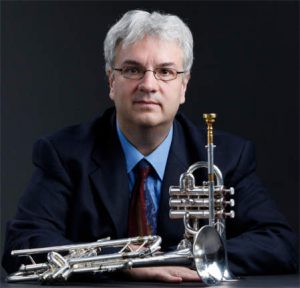 Keith Winking, is professor at Southwest Texas State University where he teaches trumpet and directs the SWT Jazz Orchestra, and is a member of the SouthWest BrassWorks.  Dr. Winking received his undergraduate degree in Music Education from Quincy University, his M.M. in Trumpet Performance from SWT, and his D.M.A. in Trumpet Performance from the University of Texas at Austin (1992).  His teachers have included Raymond Crisara, Vince Cichowicz, Leon Rapier, and Don “Jake” Jacoby.  He has served as a visiting lecturer to scores of universities and conservatories including the Crane School of Music and the Moscow and St. Petersburg Conservatories.

Dr. Winking has presented solo and ensemble concerts and clinics throughout the United States, Canada, Sweden, Japan, Switzerland, and Russia.   He is a freelance trumpet player performing with many local and national groups including the Austin Symphony, the Austin Jazz Orchestra, James Brown, the Manhattan Transfer and the Austin Sinfonietta.  He has extensive recording experience and has recorded national jingles for McDonalds and American Express.  He has also taped numerous TV shows including PBS’s “Lonesome Pines,” TNN’s “Texas Connection,” PBS’s “Austin City Limits” and a taping for the BBC entitled “Rhythms of the World.”  He has presented papers at the International Trumpet and New York Brass Conferences and also published articles in The International Trumpet Guild Journal and the International Jazz Educators Journal.  Dr. Winking is a
voting member of the National Association of the Recording Arts and Sciences (Grammy’s) and a clinician for the Selmer Company.